From Evolution. To Revolution.

The Source of Women’s Anger

Most of us were taught the myth that God is a man. This is where religion has fundamentally failed and damaged us.

It is one of the world’s greatest shames that we have only half the equation of God. We need the other half—the Goddess, or the feminine aspect of God—in order to be whole, in order to achieve our fullest expression and balance of life.

The Goddess Durga is also known as Devi to the Indians and Diva to the Italians, from the Latin word diva, meaning “Goddess,” the feminine version of divus, meaning “God.”

Evidence of How Organized Religion has Stifled Women Throughout History.

Consider these quotes from the Bible:

These are just a few of the many texts present in the sacred scriptures of the Judeo-Christian tradition that have been used over the centuries to denigrate women, assign them second-class positions, and prevent them from exercising such natural rights of citizenship as voting, becoming educated, and assuming roles of religious leadership.

Every advance that women have made has had to fight against these biblical definitions and deformations.

The fact that God has been envisioned in the Judeo-Christian tradition almost exclusively as a male has only added fuel to the fires of oppression, and today the Christian church remains the major bulwark of patriarchy.

This negativity however, is not limited to the Judeo-Christian tradition: it appears in other non-Western cultures and most of the great religions of the world.

In a sacred text of the Hindus, we are told:

In another Hindu text, we read:

In the laws of Manu, the Hindu creator of humankind, we read:

In Buddhism, one is reborn as a woman because of one’s bad karma. Buddhist prayers include:

From a book of Jewish prayers, Jewish men are taught to say:

In the Muslim Qu’ran (Koran), we learn that the woman is regarded as: 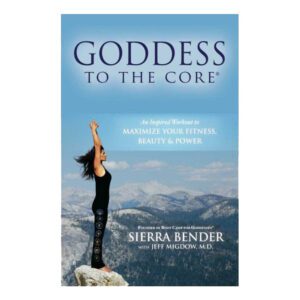 A Hit to Women and Girls Around the World

Femicide: a hate crime or the intentional killing of females by males because they are female.

The term femicide was first used in England in 1801 to signify the “killing of a woman.” The oldest weapon of war is raping women and girls to destroy a culture.

What Feelings Does This Bring Up In You?

She was initially arrested for what was referred to as an “improper hijab.” It is said that she died three days later. The police in Tehran, Iran, deny that she was murdered and states that she suffered a heart attack, even though her family confirmed she had no prior health conditions.

This is horrific incidence is an example of male herding. The Iran morality police broke their laws of morality and guidance and made it a hate crime.

“This is the root of femicide; Blaming the victim and Male Herding. Male Herding is anti-female in any organization in power such as religion, politics, medicine, science, corporate and Hollywood.” – Sierra Bender

From the Beginning of a Female’s Existence, There is NO Equality Still to This Day.

Although this happened to an Iranian woman, it is an attack and message to females globally.

From the beginning of a female’s existence, there is no equality. This is the source of women’s and girls’ anger. Until we face this truth and tap into our righteous anger, being victorious and courageous, not victimized and compromised, the cycle and history of femicide will continue. Our righteous anger is love into action, claiming our space, using our voice, and asserting our rights without asking permission or needing validation from men or organizations that have historically disempowered women.

Amini is a sacrifice for all women around the world to wake up.

How many women and girls is it going to take? When will we realize that love takes action and is compassionate yet fierce. Each of us plays a role in demanding equality in the bedroom, boardroom, and beyond.

There is now public outrage over what happened.

It's Not Just About Men; It's About the Abuse of Power.

As an activist and advocate for feminine freedom and equality, men always ask me how can they participate in female empowerment. My answer is simple. Hold other men accountable for their actions.  – Sierra Bender