How I Turned My Pain into Power

As a semi-professional athlete, a model, prosperous fitness and health business owner and perfect marriage living in New Jersey, it would seem as though I had it all. However, on Christmas Eve 1995, at the age of 32, I underwent a near-death experience as the result of an undiagnosed ectopic pregnancy that led my uterus rupturing.  After being pronounced dead, “modern medicine saved my life, but did not heal me”. I then set out on an inner vision quest and an outdoor adventure across the globe looking for answers.

Sierra Bender can only be described as a force of nature, an inspired teacher.”
— Wade Davis, National Geographic, best-selling author of The Serpent and the Rainbow

How My Journey Became My Purpose

The journey of being a force of nature comes from the most powerful gift from my Creator, a woman’s intuition. My power came from listening to my intuition and being brave enough to follow it. The search for my own healing, empowerment and redefining success led me to Native American reservations, an ashram in India, the Dalai Lama’s home, a jail cell in South Carolina, and a hut in the Amazon. Along the way, I absorbed the collective teachings of the world’s sages and leaders. I had absorbed not just the collective teachings of the world’s sages and leaders but had also tapped into my female essence, my inner Woman Warrior, GODDESS WARRIOR™–an innate and powerful entity directly at odds with the popular notion that success for a woman means walking in a man’s shoes, the “imitation man”. I refused to cut off my femininity, my core female essence and power to survive. I wanted to THRIVE not SURVIVE. To claim my space, use my voice and assert my rights as an equal to men.

By harnessing the power of your inner Goddess Warrior™ I will teach YOU to GODDESS UP!™ To reach your full potential by identifying traits that historically have disempowered you. Face your fears, question the unknown, surrender to what no longer serves you and give yourself permission to be free. By doing these acts of self-love, YOU will draw money, health, wealth, success and beauty to YOU.

The aim of my work is to empower women to claim their space in the world, face their fears, awaken their female spirit and take control of their destiny without sacrificing their femininity or being an “Imitation Man”. I have pulled forth the Woman Warrior, Goddess Warrior™ in myth, legend, and lore to teach women what has been taken away and what they have forgotten. As a Shamaness I teach the matriarchal ways of leading, healing, spiritual practices, and creating community or tribe, and bring the Goddess Warrior™ to life in the 21st century. LEARN MORE

I have  built and continue to build a tribe of Goddess Warriors™ throughout the world to provide this backbone of support and love so that every woman can receive this knowledge to manifest what they desire, require, and deserve. JOIN THE TRIBE

My community activities, both socially and politically, have brought awareness to women’s issues worldwide. As a passionate advocate for the equality of women and girls, I have devoted the last 30 years of my life to combating sexual abuse, trauma, stress, and disempowerment. As a result of a tumultuous personal journey of sexual abuse as a child, sexual harassment and assault. I realized there was little help or direction for women like myself, so I created a path. The Goddess Warrior™ Path.

The Goddess Warrior Path utilizes the 4 Body Fit™ Sierra Bender Empowerment Method.  It has helped millions of women and girls restore the shattered pieces of their mind, body and spirit. To reclaim their femininity, innocence and body. And most importantly their voice as women. Divine and assertive. The 4 Body Fit™ SierraBender Empowerment Method gives females the power to claim their space in the world to “Live Empowered and Possess the Possible!”

“Empowerment is not just the development of learning
new skills and thinking, it’s embodying them.” 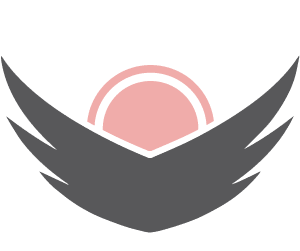